Parametric tests are subject to assumptions about the properties of the data. For example, Student’s t-test is a well-known parametric test that assumes that sample means have a normal distribution. Due to the central limit theorem, the test can be also applied to measurements that are not normally distributed if the sample size is sufficient. Here, we will investigate the approximate number of samples that are necessary for the t-test to be valid.

Investigating the results, we can see that some distributions seem to approach the normal distribution faster than others: 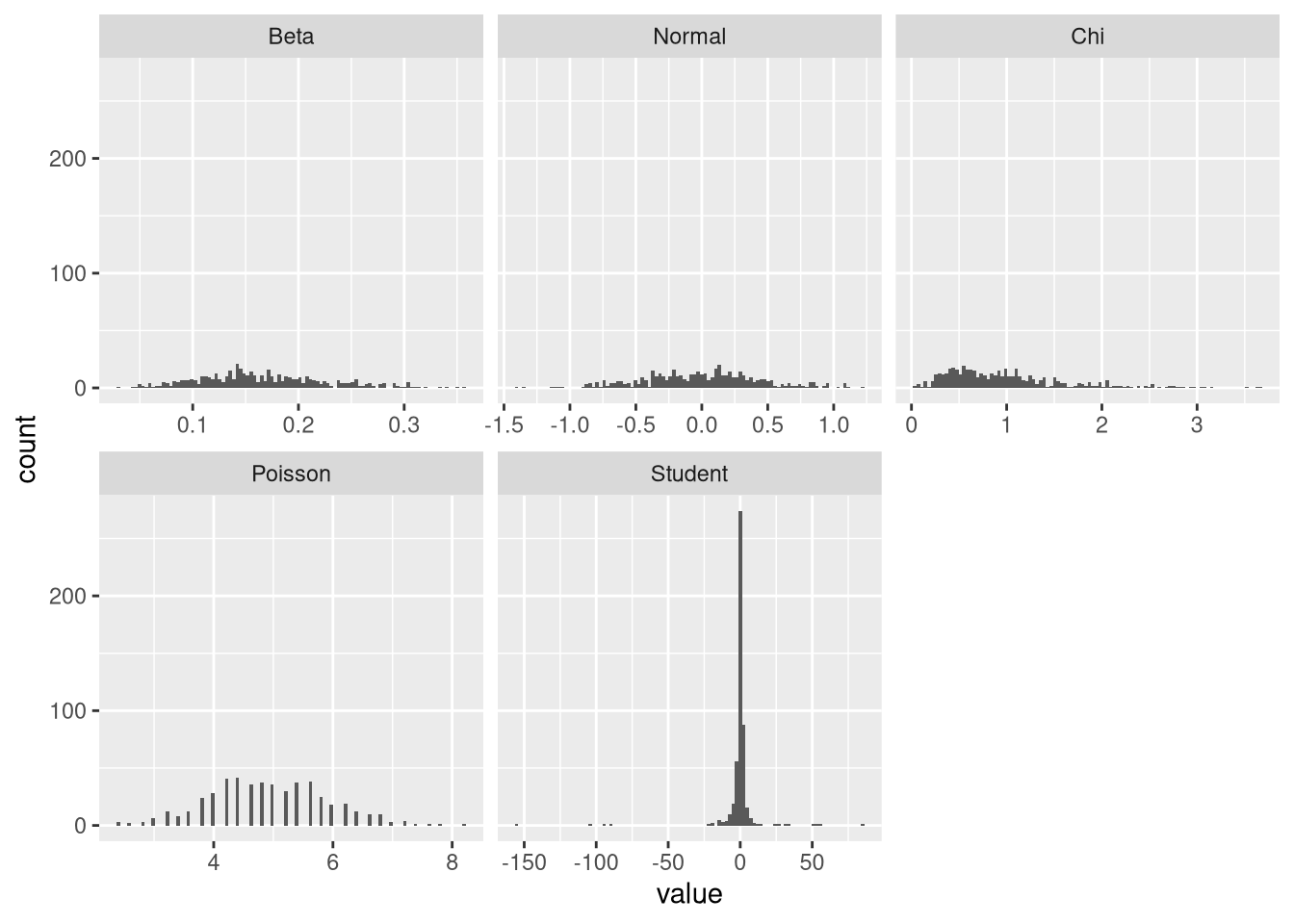 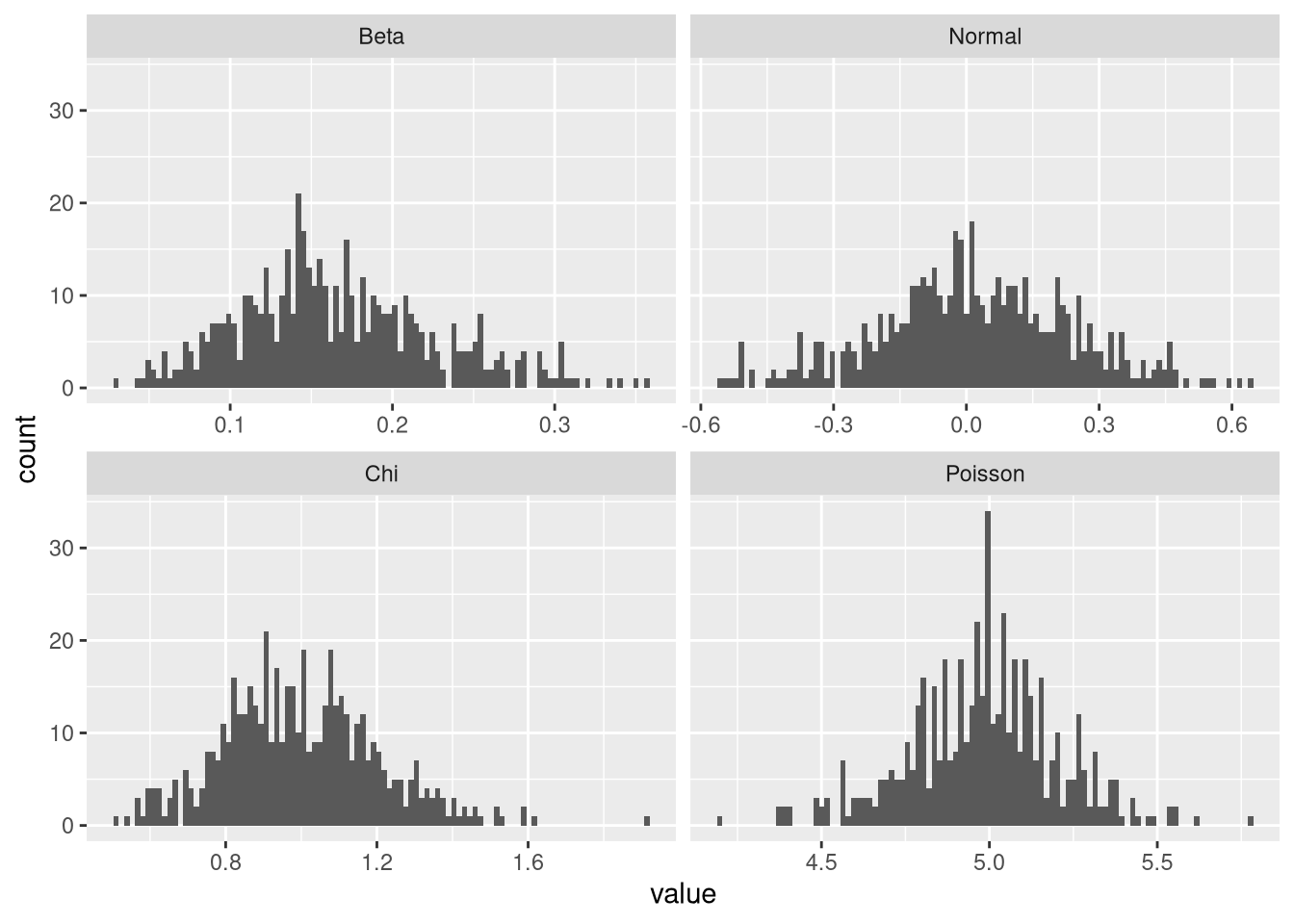 These results indicate that the log-likelihood criterion is a sufficient proxy for normality. Note, however, that from visual inspection, the initial beta distribution of means does not seem more normal than the one arising from the normal distribution. So this result may be taken with a grain of salt. Looking at Student’s t-distribution, we can see why it its means are not normally distributed:

For some of the samples, the mean distribution has extreme outliers at both tails of the distribution.

The results of these experiments indicate that Student’s t-test should definitely be avoided for sample sizes smaller than 20. The assumptions of the test seem to be met for most distribution when the sample size is at least 100. So, it turns out I was correct in having a bad feeling when I recently applied the t-test on only 10 samples.

So, at what sample size do you feel confident using parametric tests such as Student’s t-test? When do you investigate the distribution of the data?

What is your favorite supervised learning model?

Thank you for participating in the poll!

Unfortunately, there was an error and your poll participation could not be included.