Type 1 and type 2 errors are defined in the following way for a null hypothesis \(H_0\):

The power of a test depends on the following factors:

Traditionally, the type 1 error rate is limited using a significance level of 5%. Experiments are often designed for a power of 80% using power analysis. Note that it depends on the test whether it’s possible to determine the statistical power. For example, power is determined more readily available for parametric than for non-parametric tests.

Choice of the null hypothesis

Example 1: introduction of a new drug

Let’s assume there’s a well-tried, FDA-approved drug that is effective against cancer. Having developed a new drug, your company wants to decide whether it should supplant the old drug with the new drug. Here, you definitely want to use a directional test in order to show that one drug is superior over the other. However, given effectivity measures A and B for the old and the new drug, respectively, how should the null hypothesis be formulated? Take a look at the consequences of the choice:

Evidently, having \(H_0: A \geq B\) is the more appropriate null hypothesis because its type 1 error is more detrimental (lives are endangered) than that of the other null hypothesis (patients do not receive access to a better drug).

The government thinks about simplifying the taxation system. Let A be the amount of tax income with the old, complicated system and let B be the income with the new, simplified system.

In this case, assuming that the new system leads to less income from taxation, that is, \(H_0: A \geq B\) is clearly the better option (if you are optimizing with regard to tax income). In this case, a type 1 error means that the taxation system doesn’t have to be changed. Using the other null hypothesis, a type 1 error would mean that the system would have to be changed (this is costly!) and that the state would receive fewer income from taxes.

The two examples suggest the following motto for significance testing: Never change a running system. When comparing a new system with a well-tried system, always set the null hypothesis to the assumption that the new system is worse than the old one. Then, if the null hypothesis is rejected, we can be quite sure that it’s worth to replace the old system with the new one because a type 1 error is unlikely.

How to select the significance level?

Assume we want to use a t-test on the null hypothesis that drug B has less or equal mean effectivity than drug A. Then we can use the power.t.test function from the pwr package. Assume that drug B exhibits a mean increase in effectivity larger than 0.5 (delta parameter) and that the standard deviation of the measurements is 1. Since we really want to avoid type 1 errors here, we require a low significance level of 1% (sig.level parameter). Let’s see how power changes with the sample size: 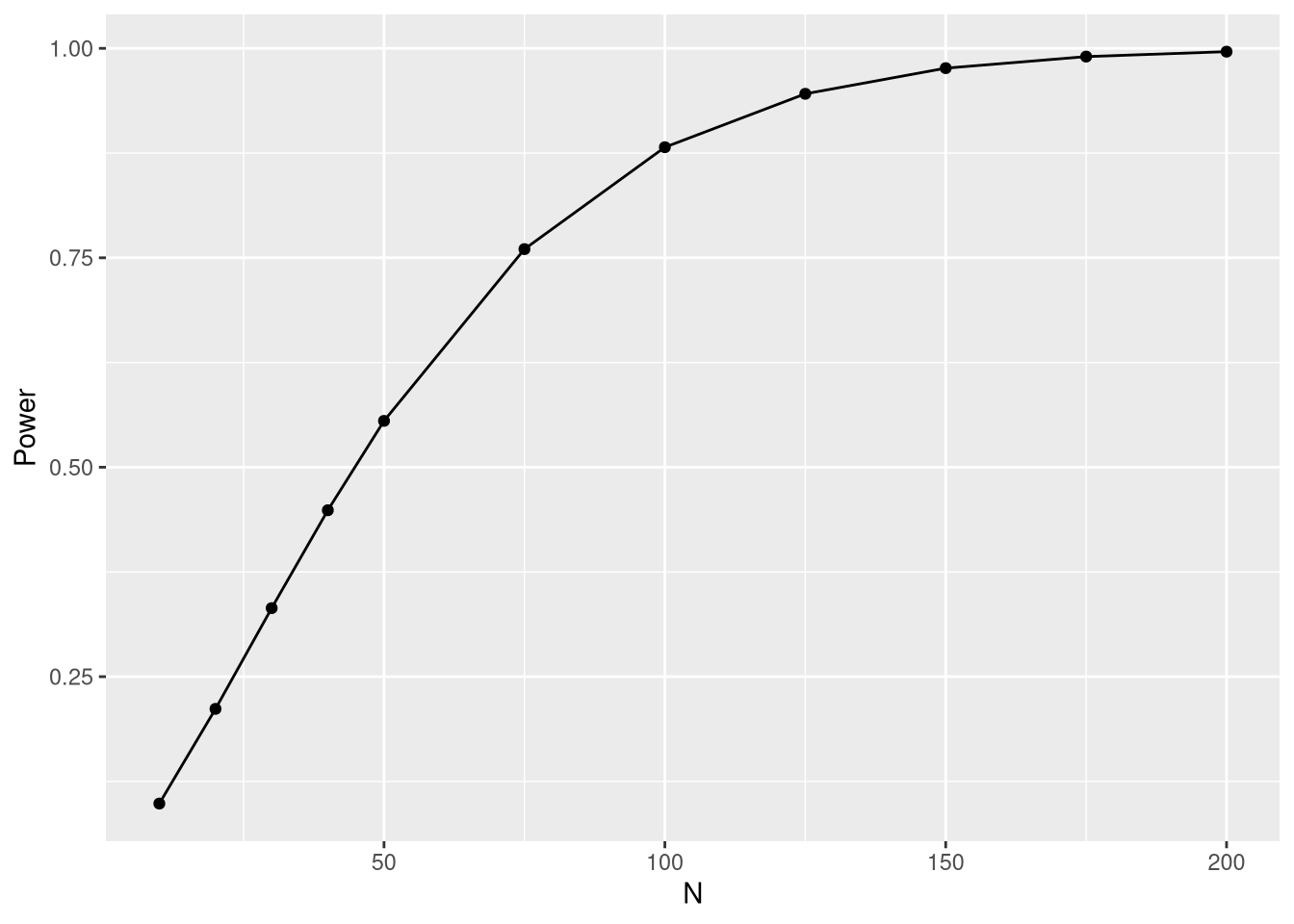 So, what should we do if the sample size is only 50 per group? In this case, we would be inclined to use a less stringent significance level. How lenient should it be? We can find out by requiring a power of 80%:

Thus, for 50 samples per group, adequate power would be obtained if the significance level is set to 5%.